Before I get started, I want to say that this is based off a traveler coming from America to Europe for the first time. These are things I noticed that were unique to my experience and perhaps to yours. Hopefully it can turn out as helpful to other travelers on their first jaunt to the continent. Enjoy! 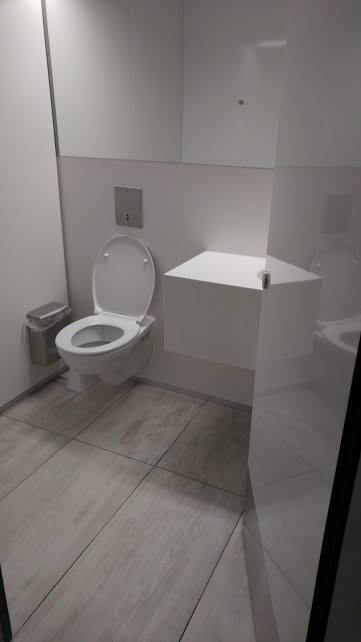 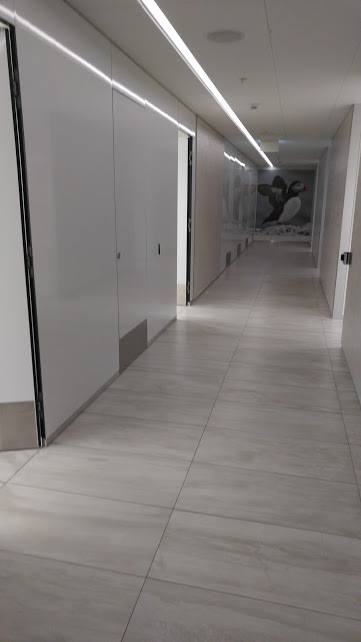 The first thing I did after having been in an airplane for the better part of what felt like eternity, was look for the restroom. The first thing I noticed was how amazing they were compared home. You know that awkward gap in the restroom stall between the door and the stall wall where someone could look in and see you? Not today and not in Europe! Both in Netherlands and Iceland, the airports had beautifully private restrooms. The restrooms in Reykjavik were hallways of private rooms that contained everything you needed behind the door. That’s when I started considering a move.

On a funny note,  I couldn’t help but notice that there was a man in Amsterdam cleaning the women’s restroom. I laughed to myself because I can 100% guarantee, if that happened in America, a woman would have lost her mind over it. But, this is a city where marijuana is out in gardens (more on that later) so they are a bit more chill.

This probably confused me more than anything. I never knew how much Americans were into ketchup until I went to Europe and learned how much Europeans are into their mayonnaise. I ordered a meal that was steak, veggies, and fries. What came out to me was steak, veggies, fries, and a mayo packet. Mayo? I’m confused? Oh, it’s for my fries? Yes, on multiple occasions, I was expected to honor my fries with mayonnaise. Ketchup is special request, and mustard? I saw none of that. I will say, the mayo isn’t like the kind I’m used to seeing at home. It’s more creamy and kind of off white. While that was so strange to my brain, as someone who often says leave off the mayo in an order, I did try it and it was good. 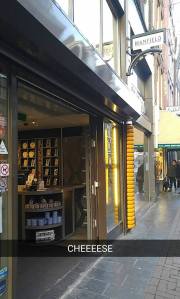 In many cities across the USA, you can expect to experience a plethora of Starbucks. They are sometimes right across the street from each other. In Amsterdam, you can expect a similar experience except with cheese shops. I don’t know if Amsterdam just loves cheese or if they know who their tourists are. The funny thing is, when you order food, it doesn’t usually come with cheese. Cheese is so serious, it is a food item that is meant to be consumed on its own and bought from a shop dedicated to it. I mean, there were columns of cheese to indicate that goodness behind the doors. So, why can’t we bring food back into America? Clearly we are meant to go wild buying cheese! 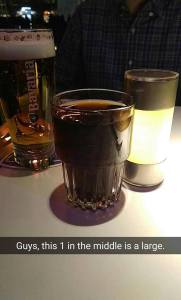 I would not truly be American if I didn’t have at least 1 more paragraph dedicated to something consumable. As someone who is from where Coca Cola was invented, I feel it’s important to talk about the forms of soda. When we get a bottle of soda in the states, if it’s not a 2 liter, it’s a 20oz that fits in our cupholders. If we go out to eat, it’s not uncommon to be presented with a 32oz beverage that gets refills. Do NOT expect that abroad. I had a rude awakening when the largest sizes were 16oz and I was given 8-12oz at a restaurant with no refills. That was a shock to the system. I mean, is it fair? Probably. No one really needs that much soda but it was tough to accept. This is coming from someone who usually drinks flavored water.

Marijuana and the Red Light District 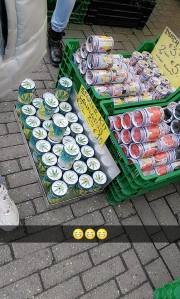 This is specific to Amsterdam but nothing reminded me that I was far from home like casually walking through the garden district. I looking at the tables of the gardeners selling their goods, when lo and behold – a marijuana kit. Out in the open for everyone and their mothers to see. It was not uncommon to have waves of the controversial plant aroma wafting into your nostrils.

I thought that was hard to wrap around my brain. Then, unbeknownst to me, I was guided into the red light district. I wasn’t just far from home now, I was on a new planet. Women were in pasties and thongs in windows waving at the gentlemen who walked by. There was even a Moulin Rouge and you could walk in for an exotic show. I’ve never felt more awkward and curious at the same time. I definitely people watched because I could never fathom such sexual openness right there on the streets. I wanted to read the signs and learn about these places but these places were meant for paying customers of the NEWD variety. Quite a culture shock.

No One Said To Me, “Speak the language!”
I am so fortunate to speak a language that is spoken by so many.  If I hadn’t of had a friend from there who, even as we were teenagers, spoke perfect English I might have been more concerned about going somewhere without knowing Dutch. Luckily, I never ran into any issues due to my lack of language nor did I receive backlash for being ignorant of it. I wish I could say Americans were as forgiving but so many are not. They take for granted how hard it is to learn a language and how widespread English is. So often kids start learning it in countries around the world very young and become just as fluent in it as their own mother tongue. I think everyone should be required to know at least one other language. Layered communication skills across the land!

Well, that’s a pretty good list to start with of notables of traveling to Europe. Pretty soon, I’ll be back visiting new cities across the pond so I’m sure there will be more parts to this. But I hope this helps or perhaps even makes you want to see these things for yourself. Bon voyage!