Living in Dallas for the past several years, I’ve wanted to see more than just DFW. It was time to go to a place I had heard much about but knew little. Little being the operative word since I was headed to Hot Springs, Arkansas. I had never even been to Arkansas so I was excited for a chance of scenery. Hot Springs is about 4 and a half hours north east of Dallas so it’s perfect for a weekend getaway! 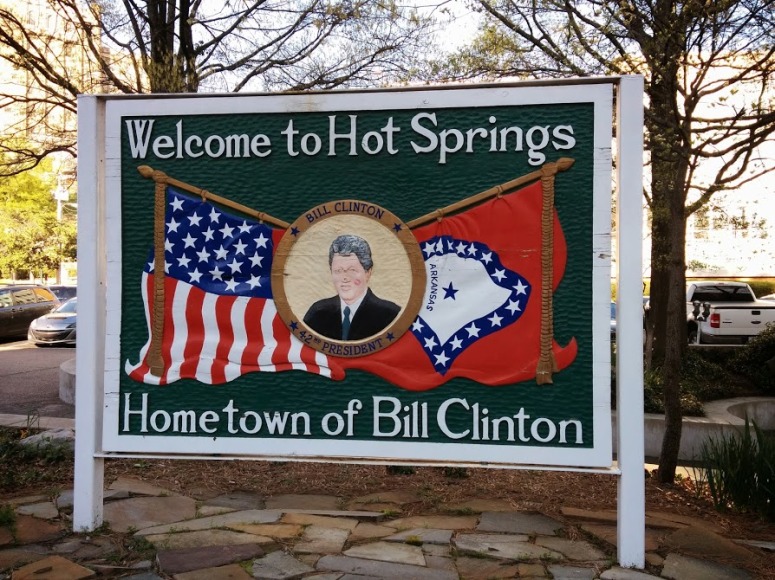 Hot Springs is home to Hot Springs National Park, which happens to be the smallest National Park in America, just about 6k acres. The town itself is pretty cute, the meat if it is a strip of downtown surrounded by mountains and full of boutique shops and eateries. I stayed in the center of Central Avenue in The Spring Hotel and Spa. 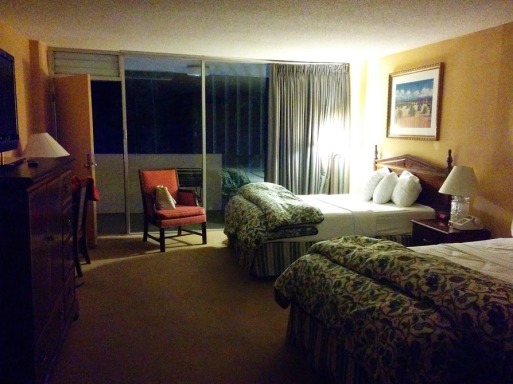 Interior of the room 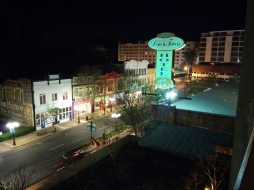 Night view of the strip 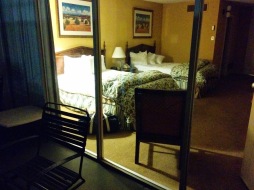 View inside from balcony 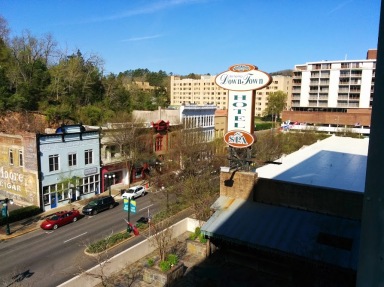 Morning view of the strip 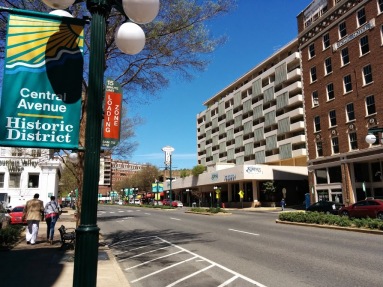 The hotel on the right

As you can see from the pictures, I had a room a few floors up and with a perfect view of mountains.  I could walk out of the hotel and be right in the midst of town. The Spring Hotel and Spa was interesting because it was also the home of a restaurant and an eclectic souvenir shop.  I wish it had of had a continental breakfast because the breakfast spots are jam packed and full of wait. The elevator and carpeting could use updating. However, the rooms were quite nice with a balcony that overlooks the strip and chairs to enjoy.

Across the street is Fat Bottom Girls Cupcakes, which was actually on Cupcake Wars and the best breakfast location in all of Arkansas, The Pancake Shop, as was rated by Food Network. A little farther down was the Copper Penny Pub with fine Irish nomz and a variety of beverages. I’ll start with Fat Bottom Girls because it was so sweet. The photo is of a Creme Brulee cupcake which I paired with blueberry coffee. I am not a coffee drinker so I probably shouldn’t have done that but how could I NOT try blueberry? It was good even though I shouldn’t be allowed to even attempt to make coffee the way I like it. The cupcake, however, was melt in your mouth delish! The area itself had only enough room for maybe 3 people to sit down but it was cute and had merch but more importantly – probably the best cupcakes I’ve had. 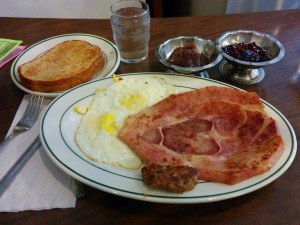 The Pancake Shop was intense. Due to its popularity, there was a massive wait, even though I went after typical breakfast eating hours. On a positive note, The Savory Pantry is next door and you can browse/buy a variety of nom related items. Both the pantry and restaurant are just swarmed with people, which I’m sure is wonderful for business. Unfortunately, it’s SO tiny that once you get in, it’s super cramped. I ate at the bar up against the wall of the bar but I dealt with it because everyone said it was the best. Seeing the photo makes me hungry! What a beautiful display, I mean there’s a heart in my ham. BTW, that ham was the “small” and yes, there’s apple butter in one of the dishes. The ham was way salty and chewy but everything else was nom. 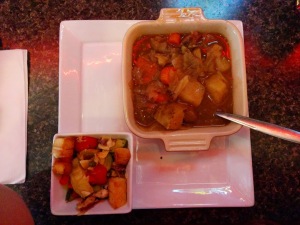 So then there was the Copper Penny Pub. This one was a lot of fun because it was a beautiful walk down the avenue and right in the middle of the action. You walk past several bathhouses and a visitor center to get here. It’s nice and mood lighting inside with an Irish menu, like this stew to the left. They also had beverages of every sort, however I wasn’t as adventurous in that regard. I did love the atmosphere of the pub and how close it was the front part of the national park. It’s also easy to walk out and start just gazing at the buildings downtown. There’s so much history to these parts because of the natural springs so it’s been popular for quite a long while. 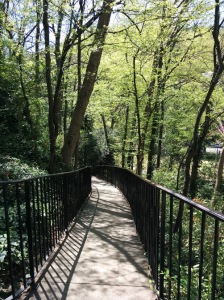 I was more than ready to hike up the hills. The weather was amazing and I wanted the fresh air from high up! Before you start walking, there’s springs where everyone can come and dip their hands in. It’s a pretty chill area where there was a musician by himself playing a guitar and plenty of perhaps locals just getting in some exercise. Most of the trail going up is either railed or at least with gravel. Before you know it, you’ve gone pretty far up and that view from the top is amazing and quiet. As a southerner, I couldn’t believe my eyes when from up top, I saw the word “biscuit” far off in the distance through the trees. 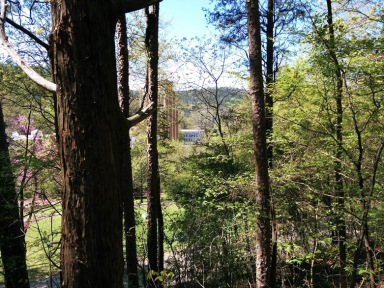 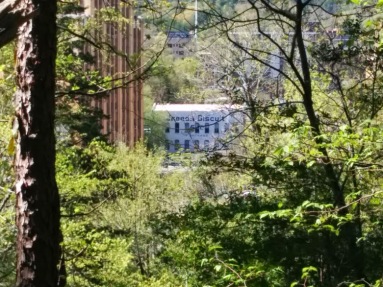 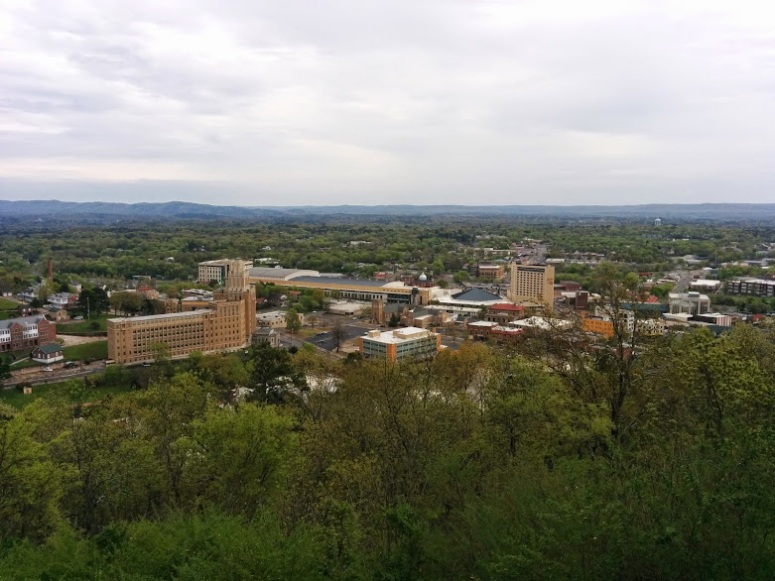 Honestly, outside the strip there’s not a lot of action. It just gets very suburban. If you travel down Central Avenue towards the cupcakes there will be a road to drive up the mountain across the street from the hotel, the one you can see from the balcony and the view from above. If you drive the opposite direction there’s a horse race track just outside the strip and continuing on a distance there’s other fast food and essentials shopping. To see more, I decided to head to the capital of Little Rock. 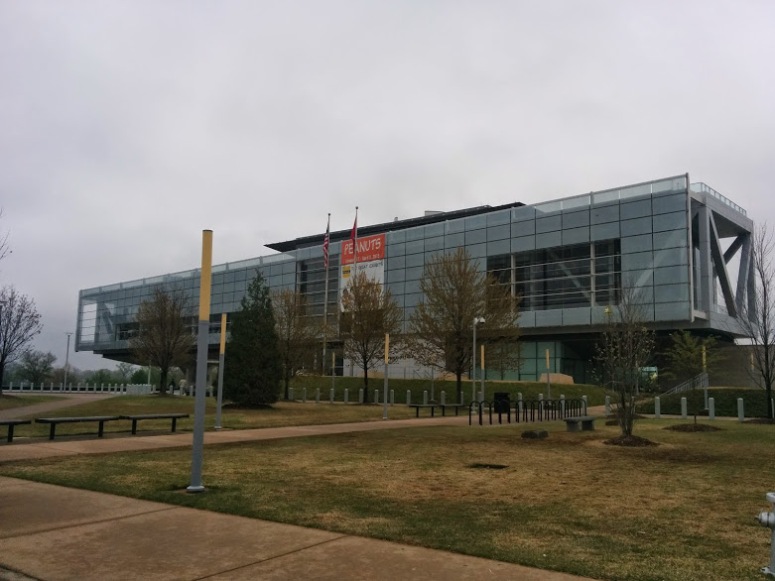 The #1 thing I wanted to do in Little Rock was visit the William J. Clinton Library and Museum. I have always been passionate and obsessed with history so an hour drive east was something I was all about. It closes at 5 and costs $10 for adults so make time for that. I wish I had of gone earlier but I can’t morning properly so, it is what it is.

I looooooved touring around and bought several souvenirs. My favorite trip was to Washington, D.C. and I’ve had the pleasure of going twice. Mainly due to the amazing nature that is the Smithsonian, particularly the American History museum. So, it’s really no surprise that walking through the presidency of Clinton was an inspiring and thought provoking experience. There’s replicas of his oval office, conference rooms, and a whole library of records. The cool thing is that it’s so detailed that you really need to be there early because you could spend the day just reading about everything he accomplished and dealt with. There’s also ongoing audio so many relics from his time in office. Here’s a few of my favorite shots: 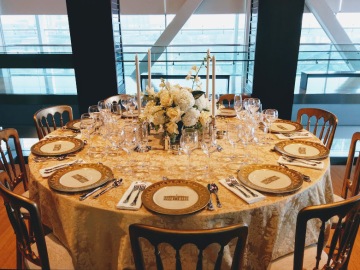 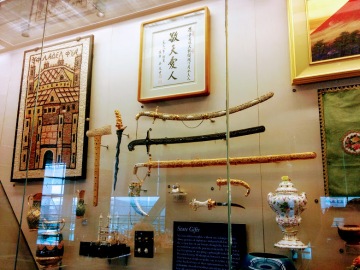 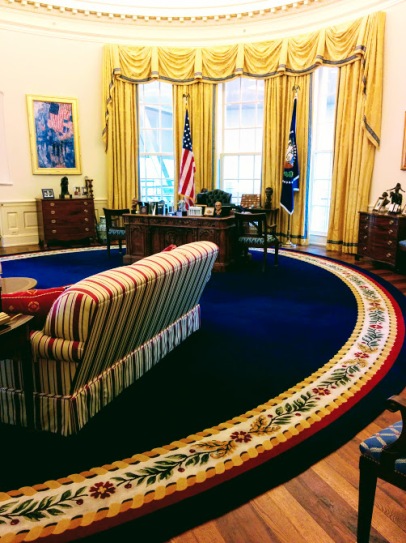 Before I left Hot Springs to head back to Dallas, I made a stop at Garvan Woodland Gardens. This immaculate and wide stretched fantasy in the woods was exactly something everyone should experience. I think my soul could benefit from that serenity of flowers, waterfalls, and artsy outdoor chandeliers once a month into infinity. 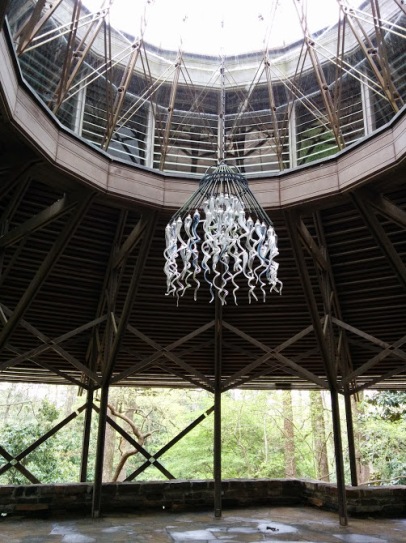 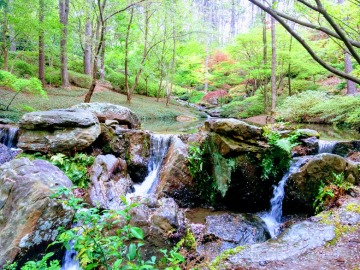 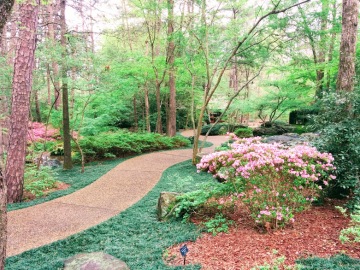 For more pictures of the trip, feel free to click here and see the whole album.